Born in Timișoara, he graduated from the University of Plastic Arts of Timișoara in 1965. In 1969 he moved to Bucharest where he continued to pursue his passion for plastic arts and experimental films and where he became a known journalist and filmmaker as well.

Gelu Mureșan was a full-time employee at the National Romanian Television (“TVR”) between 1990 and 2001 as an Image Director, Reporter, Story Editor and Artistic Director at the following departments: Spiritual Life and Traditions. At the International Romanian Television Studio (“TVRi”) he made TV documentaries and different TV shows, wrote scripts for documentary films, artistic films, animation films and experimental films.

Between 1962 and 1968 he activated within the House of Culture of Students from Timișoara, making various shows as a host, script writer and director. At the student Film society Cineclub GAUDEAMUS he made a film series (experimental artistic animated) of short films: The fall (“Căderea“), The Legend (“Legenda“), Sacrifice (“Sacrificiu“) and others.

At the Film society Cineclub C.F.R. Timișoara he made the film The Obsession (“Obsesia“), The Hypothesis (“Ipoteza“), experimental films and investigation films. He also studied various techniques of cinematographic art: special effects on film, stunts and animation including combined filmming – the film The Legend (“Legenda“).

He made scientific and medical films for the Timișoara Medical Institute, press photography, advertising graphics, paintings, graphic, Nitrography (his own invention), effects, plastic creation, religious paintings. He was an active collaborator of the Plastic Artists Union from Timișoara.

Between 1963 and 1967 he made advertising graphics and caricatures for the newspapers DRAPELUL ROŞU, NEUER WEG and SZABAT SZO. He also wrote news, articles and notes as a collaborator for the newspaper NEUER WEG.

Between 1966 and 1967 he was employed as a graphic designer by the former MATEI MILLO Theater of Timişoara where he made various posters and scenography.

In 1967 he worked for the Puppet Theater of Timişoara as a technical director.

Between 1968 and 1971 he was The President of The Youth Committee of the Plastic Artists Union from Timiș County Romania (Timișoara). He participated at many art exhibitions between 1965 and 1970. He also worked for Fondul Plastic and he made various art works including mosaic and religious mural paintings.

Between 1969 and 1972 he made at the ANIMAFILM Studio from București, three animation films as a script writer, artistic director, graphician, head animator and scenographer: The spring (“Primăvara“), The fence (“Gardul“) and The stick (“Bagheta“). 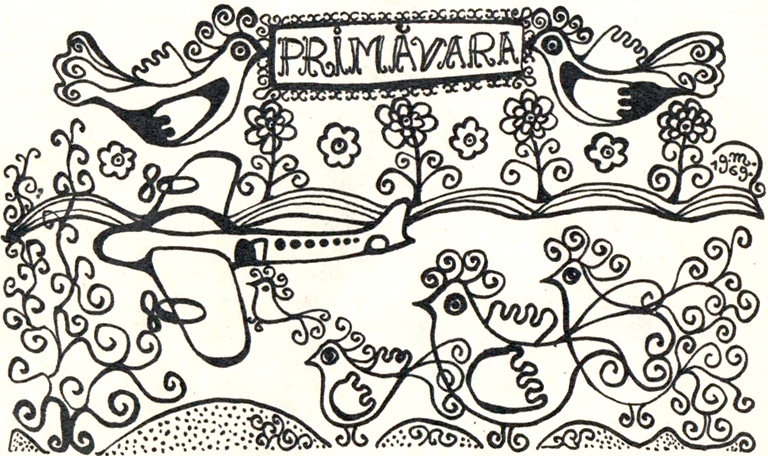 Starting with the year 1968 and until 1990 he was a collaborator of the Romanian National Television (“TVR”) – as a freelancer he made shows, short films, special effects, combined filmming, advertising films for Romanian national brands CEC, ONT, Centrocoop and RECOM. He collaborated for the departments TV Films, Musical Varieties, Children-Youth, The Hungarian edition and Culture of the Romanian National Television (“TVR”).

Between 1969 and 1970 he made a short “pirate” film “START IN BALANSOAR” on 35 mm film without any official approval from the studios involved: ANIMAFILM, BUFTEA and SAHIA FILM – Bucureşti. The film was viewed outside the “official selection” of the WESTDEUTSCHE KURZFILMTAGE – OBERHAUSEN Festival. Gelu Mureșan was invited as a special guest at this festival but he couldn’t be there because his passport was declined at that time by the Communist regime.

Between 1970 and 1974 he collaborated with Sahia Film Studios – Bucureşti.

Between 1970 and 1990 he was also a collaborator of the Romanian Radio Broadcasting Company (“Radiodifuziunea Română“).

Between 1970 and 1991 he was a professor and film instructor of Cinematography and Cinematic techniques for the following Film societies: Cineclub FILM 16 of N.Bălcescu House of Culture, Cineclub HERMES, Cineclub ECRAN-CLUB, ATENEUL TINERETULUI and Cineclub ECRAN-UTIL. The films made by these Film societies received many diplomas and awards at national and international film festivals.

Between 1986 and 1990 he was an employee of the former ICSITMUA (The Scientific Research Institute and Engineering Technology for Agricultural Machinery and Equipment) where he made research films, advertising clips and special high-speed camera filming.

In collaboration with UNESCO Gelu Mureșan made several documentary films: Avram Iancu and Wooden churches of Transylvania and Maramureș. These films were viewed at the UNESCO Headquarters from Paris, France.

In the book Experiment in Romanian Art since 1960 (“Experimentul în arta românească după 1960“), Meridiane Publishing, Bucharest, 2003, ISBN 9733304840, the well known art critic Alexandra Titu and a good friend of Gelu Mureșan writes about him and his achievements from the ’60s in Timișoara (p. 78, 161).

Gelu Mureșan was not a member of any organized political party, not even on the Communist regime.